The City of Chula Vista is building new bike lanes on Broadway from C Street on the north end to Main Street on the south end. Adding bike lanes provides a safer north-south route for bicyclists and scooter riders encouraging more people to get out of their cars.

The City is also installing a variety of traffic signal upgrades to smooth the flow of cars, bicycles and pedestrians along and across Broadway by responding and adjusting to real-time traffic conditions. The upgrades also help city traffic engineers better understand and manage traffic patterns. These upgrades include:

Additionally, the City is working with MTS to build new bus shelters for the Metropolitan Transit System Route 932 bus stops on Broadway. 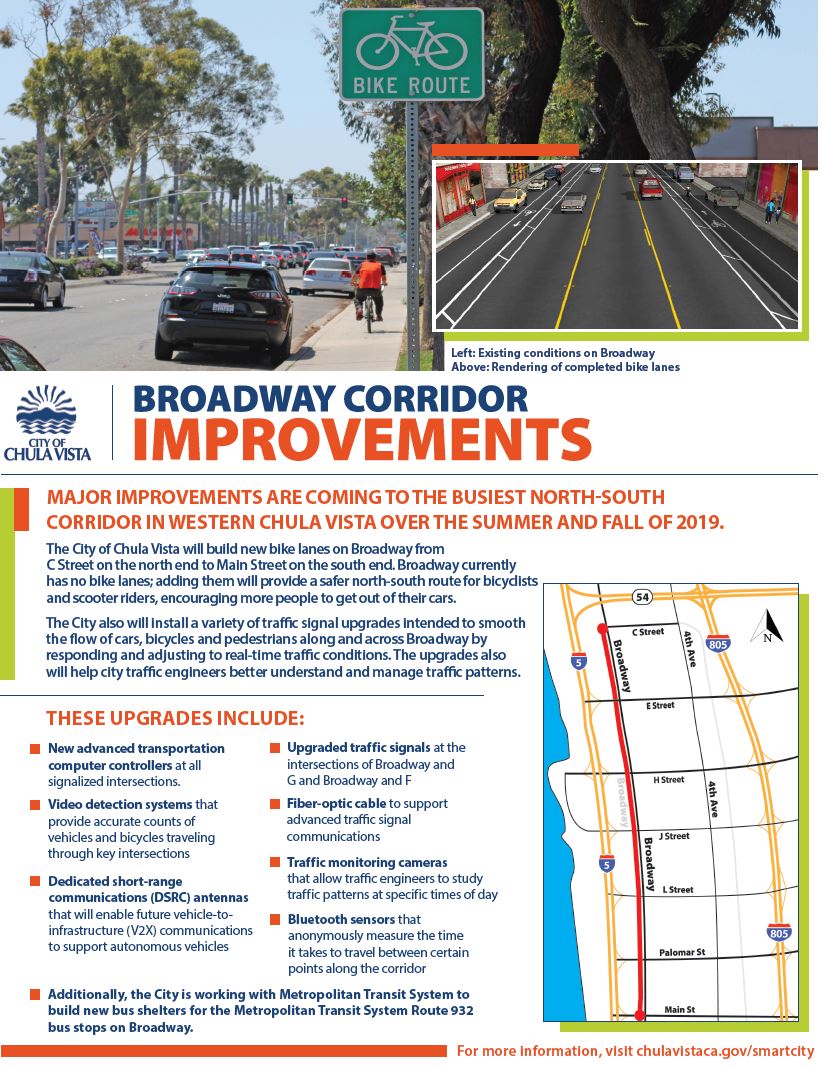