Carol Trujillo has practiced law for twenty years and has served the City of Chula Vista for two years. In 2010 she joined the Chula Vista Police Department to provide legal advice and leadership on the Apartment Safety Project. In this project, police staff 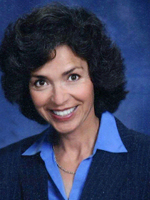 partnered with apartment landlords and residents to improve quality of life and reduce repeat calls to police. In 2012 she transferred to the Chula Vista City Attorney’s Office, where her practice involves public safety, litigation, and problem-solving projects with the Police Department.

Previously, Ms. Trujillo worked for the San Diego City Attorney’s Office, serving as a prosecutor, advisory attorney on employment matters, and a police legal advisor. She also worked in private practice at a municipal law firm representing several cities, handling a range of issues from the First Amendment, to code enforcement, to zoning. She also served as an Assistant U.S. Attorney in the Southern District of California, prosecuting felony border crimes from grand jury indictment to jury trial and appeal. In addition to practicing law, she has taught evidence at Southwestern College, served as a civilian manager at the San Diego Police Department on City Council, legislative, and employment matters, and worked as the executive officer of the County of San Diego’s Citizens Law Enforcement Review Board, a civilian oversight group.

Before her legal career, Ms. Trujillo was a sports copy editor for The Arizona Daily Star in Tucson, Arizona, and a news reporter for The Dallas Morning News, in Dallas, Texas.