The Office of the City Manager provides the leadership and supervision that, in turn, implements the policies and decisions of the Chula Vista City Council; thereby ensuring the delivery of services to our community. 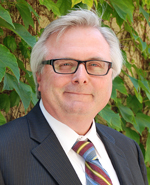 Gary Halbert was appointed Chula Vista City Manager in June 2014 after serving as Assistant City Manager and Director of Development Services. Halbert is a certified planner and licensed engineer. As City Manager of the county's second largest municipality with a population of 250,000, Halbert administers a $270 million annual budget and oversees 10 departments with a workforce of more than 1,000 employees.

Halbert has more than 30 years of experience in local government and has held management positions in city planning, transportation engineering and development services. He began his career working as an engineer in Traffic Operations for the City of San Diego, and came to the City of Chula Vista in October 2008.

Halbert holds a Bachelor of Science in Systems Science from the University of California at San Diego and a Masters in Public Administration from San Diego State University. At SDSU, he was a recipient of the John Fowler Scholarship and Graduate Student of the Year. He is a member of the Urban Land Institute (ULI), the American Planning Association (APA) and the California City Management Foundation (CCMF). 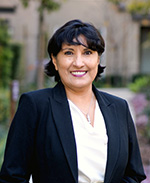 Kachadoorian is responsible for the direction and coordination of the activities of assigned City departments which include Finance, Development Services, Public Works, Engineering, Economic Development and the Office of Communications. She provides leadership in policy formation and implementation of policies and procedures as well as performing highly responsible and complex professional administrative work while assisting the City Manager.

Under Kachadoorian’s financial leadership, the City of Chula Vista has weathered one of its most volatile financial periods and currently has achieved a balanced budget and increased financial stability while improving the City’s bond rating to a favorable credit rating of AA-.

In addition, under her leadership the Finance Department has received the Government Finance Officers Association award for Excellence in Financial Reporting and Certificate of Achievement for Distinguished Budget Presentation Award. In 2013, Ms. Kachadoorian was recognized by the San Diego Business Journal as CFO of the year.

Kachadoorian grew up in Imperial Beach and graduated from Mar Vista High School. She is currently a resident of Chula Vista. She earned her B.S. Degree with an emphasis in Accounting and a Master’s Degree in Public Administration from San Diego State University. She also is a Certified Public Accountant. 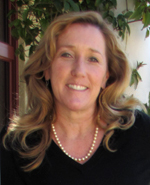 She was responsible for the development of a city ordinance to legalize and regulate the cannabis industry in the City of Chula Vista and has led a team through implementation. She negotiated the transfer of the 155-acre USOC Training Center to the City.  She negotiated an agreement for an operator of the Center and an agreement with the Easton Archery Center of Excellence to continue to operate within the Center and led the team that managed the construction of a 100-bed athlete housing facility along with an Athlete Therapy Center.  She led labor negotiations with employee groups to implement pension reform that provided immediate savings of $6 million a year to the City of Chula Vista; implemented automation efforts for payroll, training, hiring, benefits, and other operations; and promotes innovation through technology to improve access to city services. She has moved up the ranks in the Human Resources department, serving as Director of Human Resources and Information Technology before assuming the Deputy City Manager position.

Bacon is passionate about her career in public service that allows her to make a difference by leading those who improve lives and lift-up those we serve during times of crises or create spaces and services that enhance the lives of all of our citizens.

Bacon has a bachelor of science degree in Organization Management/Human Resources Management from Colorado Christian University and a master of science degree in Human Resource Management and Training from University of Leicester. A Certificate from Harvard Business School – Strategic Negotiations:  Dealmaking for the long term and a Certificate from Stanford University, Bill Lane Center for the American West – Local Governance Summer Institute.  She participates in a number of professional organizations including, City County Managers Association, and International City Managers Association.