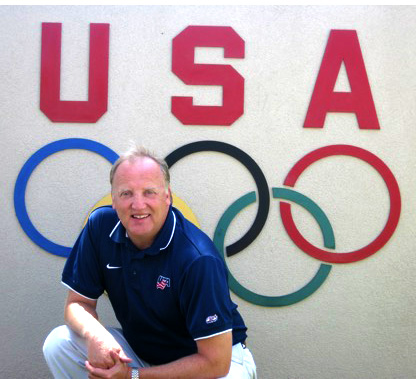 Tracy is originally from Lake Placid, New York and a graduate of Temple University.  Tracy's family has a strong background in the Nordic ski world. His father, Vernon, is an inductee into the US Ski Hall of Fame. Tracy (US Olympic Team 1988) and his brother, Joe (US Olympic Team 1972), were recognized during the 2006 Olympics with the LIVE Olympic award, presented to individuals who live the Olympic ideals through their lives. Tracy is highly active in the sport of Biathlon. He currently serves as an elite official for competitions and is a Technical Delegate (TD) for the International Biathlon Union. Each season he serves as an international referee or TD at Biathlon World Cups or Championships. Tracy has been a National Team Coach in both Canada and the United States.  For the 2002 Olympic Games in Salt Lake City, Utah Tracy organized the Biathlon competitions. In 2014, Tracy was asked to be a tutor for the International Olympic Committee's "International Coaches Enrichment Certificate Program" where he is a mentor coach to young developing coaches from across the world in many different sports.

Tracy worked for the United States Olympic Committee for 27 years. Spending the first 17 years at the U.S. Olympic Training Center in Lake Placid, N.Y. mostly working with winter sports.  Then spend the next ten years as the Director of the U.S. Olympic Training Center in Chula Vista, with a focus on summer and team sports.  In 2017 Tracy spent the year as a High Performance Sport consultant for the government of India working on their sport performance plan leading to the Tokyo Olympic games.

Tracy looks forward to working with his Community Service team members to provide great service, activities and venues for the citizens of Chula Vista to access and enjoy.

Tracy's service to his community includes Vice Chairman of the Chula Vista Police Foundation, Chairman of the Lake Placid Founding Family scholarship fund, Board Member of the American Athletic Institute and an advisory member of CFES (College for every student.)

Tracy is excited to be a part of the City of Chula Vista and looks forward to providing quality services to the community.