The City of Chula Vista (the City) has experienced tremendous growth in recent decades that brings demand for additional public facilities to meet the needs of residents, workers, consumers, and all those who visit our beautiful city.  To ensure new growth pays its proportionate share of needed expansions and upgrades to infrastructure and facilities, the City assesses Development Impact Fees (DIFs) and in-lieu fees on building permits for new development in the City.

In California, the Mitigation Fee Act (Government Code §§66000-66025) and the Quimby Act (Government Code §66477) allow the City to assess DIFs and in-lieu fees.  The fee rates are calculated to ensure that they are assessed proportional to the impact created by new development, and the proceeds from these fees can only be spent on expanding or upgrading infrastructure that can be used by the occupants of the new development in the DIF’s “area of benefit.”

The City's General Plan Land Use Element and Growth Management Program provide the framework for the assessment and collection of DIFs and in-lieu fees.

Fees are calculated by identifying a connection between the need for the new or expanded public facilities paid for by the DIF and the forecasted impact of growth in that DIF’s area of benefit. Fees are typically adjusted annually, effective October 1, usually using Engineering News Record's (ENR) Historical Construction Cost Indices (CCI).  DIFs may be periodically reviewed and updated by City Council to accommodate rising construction costs and changes in growth or need for facilities. 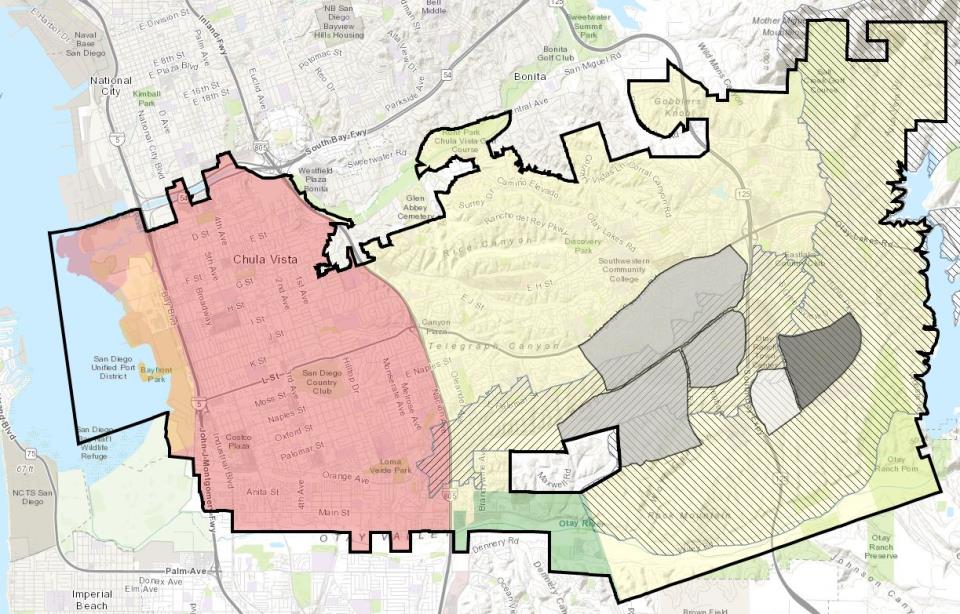 Since not all areas have the same infrastructure and facility needs, some DIFs apply to development projects citywide, while others apply only in certain areas.

Since the economic downturn in 2008, the City’s fee deferral program has allowed developers to defer certain development impact fees that are usually due at time of permit issuance until the date of final inspection. However, if the City determines that public improvements or facilities serving that area are needed prior to such dates, the associated fees or charges may be required at an earlier time. View the notice of the deferred DIF program to see which are eligible for deferral.

Industrial, commercial and high density residential (for-rent) projects located in Western Chula Vista and the Chula Vista Auto Park have the ability to defer certain DIF fees beyond Certificate of Occupancy by annexing into the Western Chula Vista Community Facilities District  (CFD 17-I). The program allows the fees to be deferred for ten years, with repayment in years eleven through thirty.  Deferred fees accrue interest at two percent (2%) per annum.

Developers have the option to design and construct all or a portion of the future public facilities in their project’s vicinity. If they do so, they may receive credit for their costs of designing and constructing the facilities that can be used to pay the DIFs that would have paid for those facilities. The City must first agree in writing to the amount of the credit PRIOR to any expenditures, and the amount must not exceed the actual cost of that particular facility. The City may update the DIF calculation as the City deems appropriate prior to any agreement of fee credits.

With new development comes the need for additional government-provided public facilities to ensure that existing public facilities are not overwhelmed by the demands of larger populations and service areas.  Assessing the PFDIF on all new development is necessary in order to protect the public safety and welfare, thereby ensuring effective implementation of the City’s General and Strategic Plans. 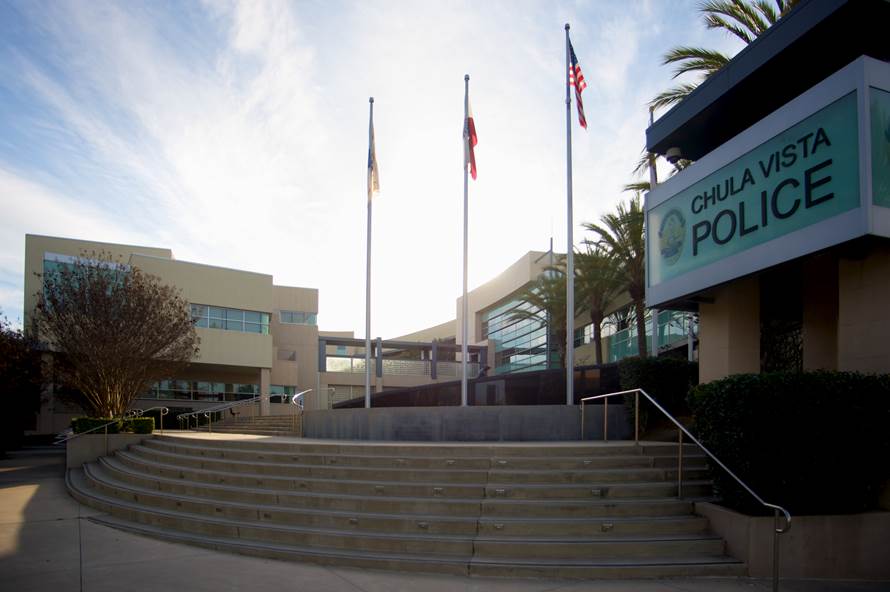 The PFDIF applies citywide and covers the following:

Public roadways need to be expanded to facilitate access to new development in accordance with the General Plan and growth management threshold standards.  The Transportation Development Impact Fees collect funds to ensure that the City’s transportation network can sustain traffic generated from new development. The Transportation DIF program is divided into three areas: Eastern, Western, and Bayfront. A DIF is assessed based on which area a project is in, and is based on the amount of traffic generated by the project’s use and size. A list of the transportation facilities to be funded by the program can be found in the Nexus Studies for each fee area below.

New residential construction brings families and residents who seek safe communal recreation areas to enjoy. By the Quimby Act, the Parkland Acquisition and Development (PAD) Fee is assessed on all residential building permits in order to pay for acquiring park land (the acquisition component) and constructing parks on it (the development component). There are two separate fee areas in the City separated by Interstate 805: the Eastern and Western. The City is currently updating the Parks and Recreation Master Plan to adequately finance and plan for future park development.

The City provides wastewater collection throughout its service area of over 50 square miles.  The City collects DIFs and other fees for three major sewer facilities: the Salt Creek and Poggi Canyon trunk sewers and the Bayfront Sewer Interceptor.  The Sewer DIFs are collected to fund the construction of any necessary expansions of sewer facilities that transport wastewater out of the City to be treated.

View the original ordinances that established each DIF and their amendments.