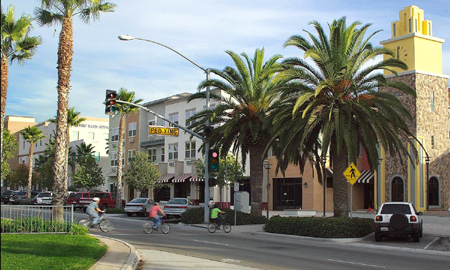 The latest amendments to the Otay Ranch GDP were approved by the City Council in 2013. These GDP amendments occurred within the Otay Valley Parcel’s urban villages. Major revisions to Village Eight and Nine boundaries reflect land ownership changes and the creation of Town Centers in these villages. The boundary changes also enabled the provision of additional land acreages for the future development of the University and Innovation District (UPID) planning area. In addition, a minor amendment to increase density and residential units adjacent to a planned transit facility were made to Village Six.

If you have any questions regarding this material please contact Scott Donaghe
at (619) 409-5806.