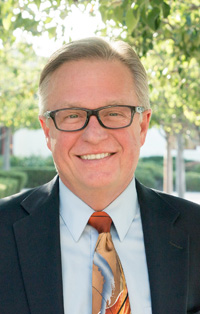 William (Bill) Valle’s career with the City began in 2012, when he became City of Chula Vista’s City Engineer.  Bill brought more than 29 years of extensive experience and increasing levels of responsibility in the public sector to the City of Chula Vista. Bill’s broad background includes experience in every phase of the development of Capital Improvement Projects, as well as the maintenance and operations of transportation infrastructure.

Bill previously served as the Chief Deputy District Director, District 11 for the California State Department of Transportation (Caltrans). There he was responsible for the Maintenance, Traffic Operations, Design, Surveys, and Engineering divisions, overseeing over 740 employees and an operating budget of $84 Million.

Bill is a registered Professional Civil Engineer and graduated from Arizona State University with a Bachelor of Science in Civil Engineering.  He is an active member of the American Public Works Association and Institute of Transportation Engineers.