The Bikeway Master Plan is designed to be integrated into other transportation plans so that bicycles, pedestrians, cars and transit can be safely and efficiently connected.The City developed its first bikeway master plan in 1996. It established the types of bikeway facilities that should be implemented within the City and identified the need to integrate with the existing system of regional bikeways in the San Diego metropolitan area. This original master plan was replaced by one prepared by KTU+A Planning + Landscape Architecture, adopted in January 2005. In December 2005 the Chula Vista City Council then approved a General Plan Update that emphasized an Urban Core area with commensurate land use changes, primarily in northwest Chula Vista.

The 2011 Bikeway Master Plan is an update of the 2005 Plan and is intended to fulfill project scope requirements and to maintain City of Chula Vista compliance with California Streets and Highways Code, Section 891.2 requirements for bicycle transportation plans. 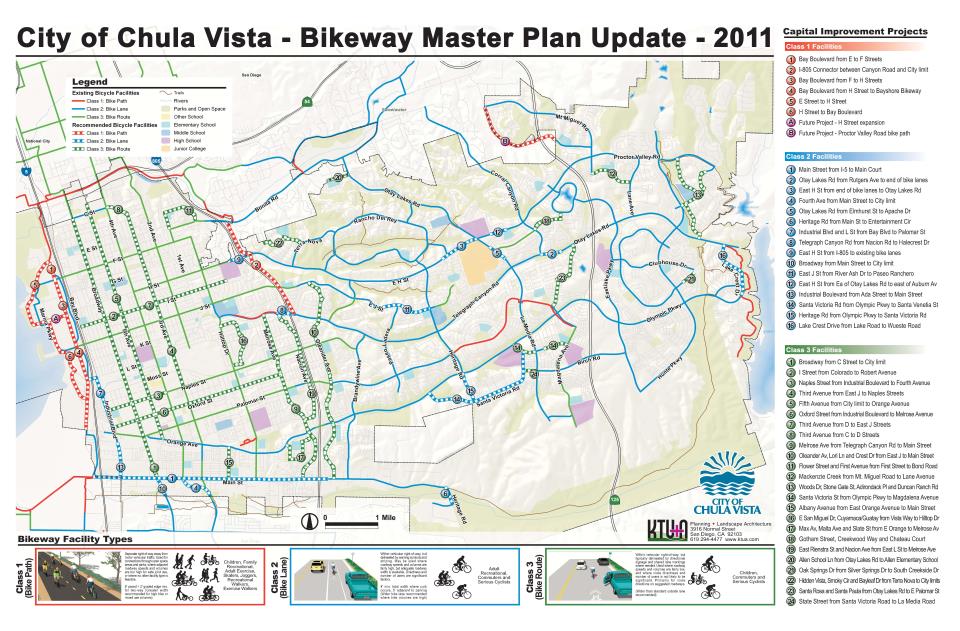 The Bikeway Master Plan is broken up by section in the links below: