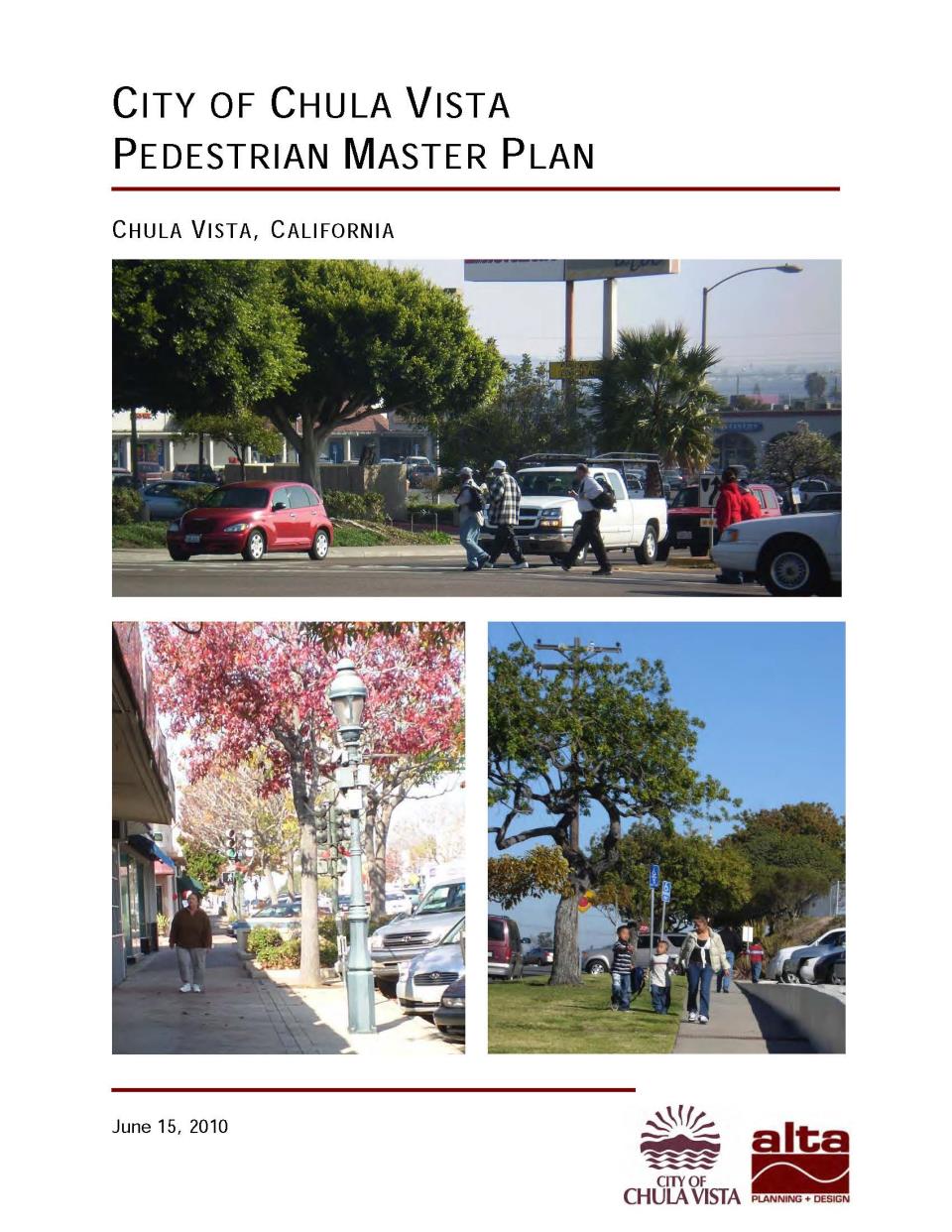 The City of Chula Vista is situated in the southwestern corner of San Diego County along the southeastern edge of San Diego Bay. It encompasses over 51 square miles of land, and is bordered on the north by National City, on the south by a portion of the City of San Diego, and to the east and northeast by the unincorporated County of San Diego. With a population of 33,1082, it is the second most populated city in the San Diego region. The topography of Chula Vista varies from generally level with a well-connected grid network of roadways in the area west of Interstate 805, and then becomes more undulating and hilly to the east of Interstate 805 with roadways becoming less connected and circuitous often matching the rolling terrain. Figure 1-1 displays the City of Chula Vista within the San Diego region.

The Pedestrian Master Plan has been broken up by section below: